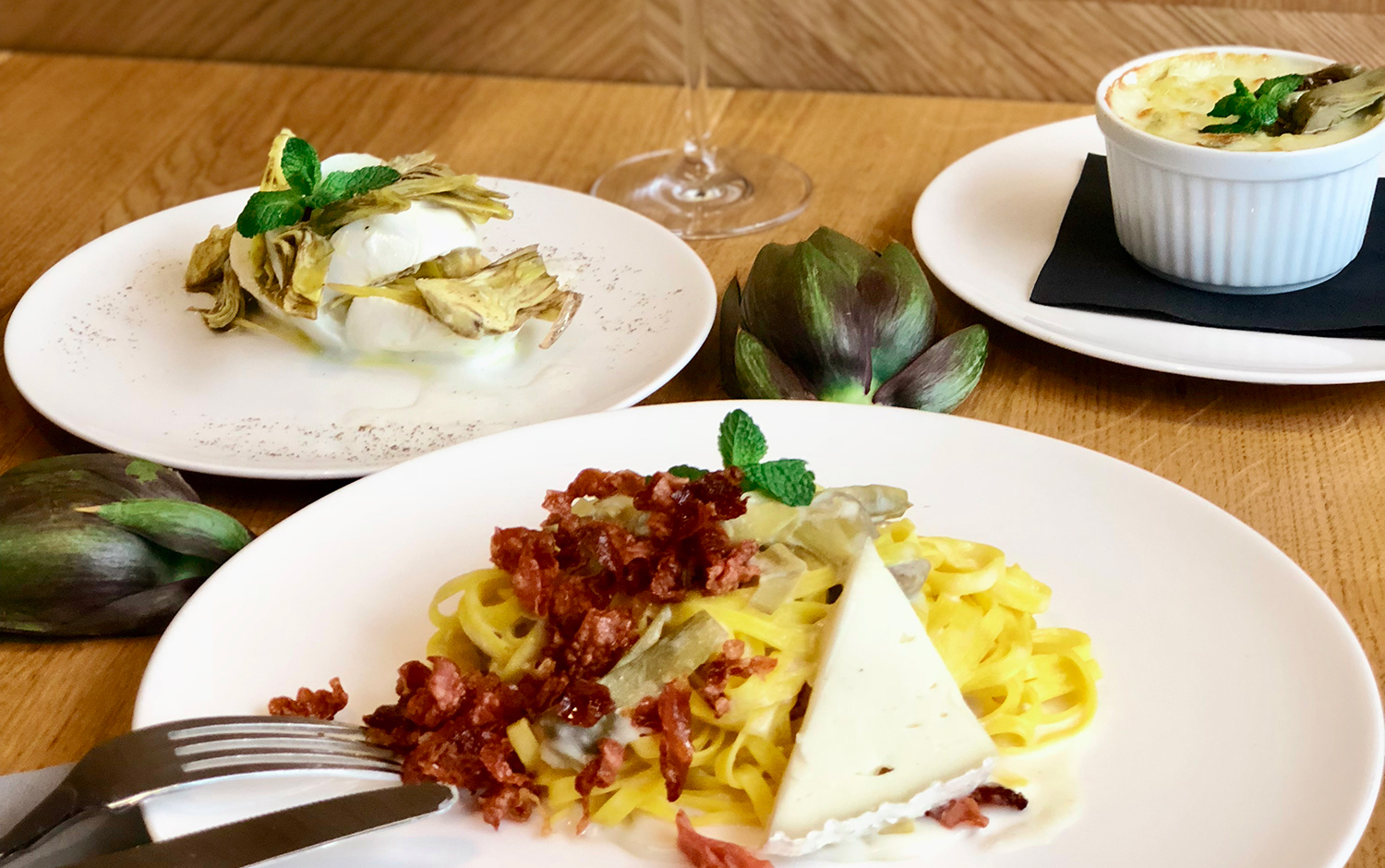 The new year at Obicà begins with a good and healthy special of the month, the Fresh Artichoke.

The Artichoke has a long history in the traditional Mediterranean cuisine: here are some interesting facts!

In botany the artichoke is known as "Cynara Scolimus" (and yes, the famous Italian Amaro Cynar is really made with Artichokes).

The Greek mythology tells the story of the beautiful nymph Cynara, who resisted Zeus’ attempts to seduce her: as punishment, the king of the gods turned her into a green and thorny Artichoke, with a tender heart - just like that of a girl.

A brave outrage, which has given us one of the most loved and versatile vegetables.

Artichokes contain very few calories: with only 47 kcal per 100 grams, they are perfect for a well-balanced diet, without giving up the savory and characteristic taste.

So you can eat Artichokes as often as you want, and feel no guilt!

Very rich in iron, the Artichoke protects liver and kidneys, improving their functionality.

It also contains other mineral salts such as calcium, potassium, phosphorus, magnesium and inulin, an excellent fiber that counteracts bad cholesterol.

Artichoke is good for you.

The Artichoke is so good that over the centuries has had several applications in the medical field.

In the 20th century a cure entirely based on Artichokes was also developed to treat liver disorders: some clinical studies conducted in France since the 30s confirm the positive outcomes of this treatment.

According to more recent studies, the Artichoke is also excellent as a cough sedative, helps to purify the blood and detoxifies.

We could therefore change the proverb in "An artichoke a day …”.

According to the FAO, in 2011 the world production of Artichoke exceeded one and a half million tons. Of these, more than 60% are produced in the Mediterranean area, mostly in Italy, Egypt and Spain.

In Italy Artichoke is the second Italian culture (after Tomato): so it couldn’t be really missed  in the Obicà menu!

The tender-hearted upright artichoke girded itself as a warrior,

to keep itself waterproof within its scales.

These are the first verses of Ode to the Artichoke (Oda a la Alcachofa), a poem dedicated to our vegetable of the month, featured in the collection Odas Elementares of 1954.

The author is one of the greatest poets of the 20th century, the Chilean Pablo Neruda: in just a few words he perfectly captures the character of the Artichoke as a warrior with a tender heart.

Then it’s not only good, but even celebrated by a Nobel Prize for Literature Winner.

In Castroville, on California Central Coast, the Artichoke Food & Wine Festival has been held since 1959, with the election of an annual Artichoke Queen.

But already in 1948 an honorary Artichoke Queen was elected.

She was a young girl, named Norma Jean Mortenson Baker Monroe, who would later become much more famous with her stage name: Marilyn Monroe.

Also in Italy we celebrate every year the Artichoke with two renowned fairs (even with our Marilyn): in April in Sezze, in the Lazio region, and in november in San Ferdinando in Apulia, in Southern Italy. Two stops not to be missed for all the lovers of these vegetable!

Well, now that you know something about Artichokes, come and enjoy at your favorite Obicà: book now! 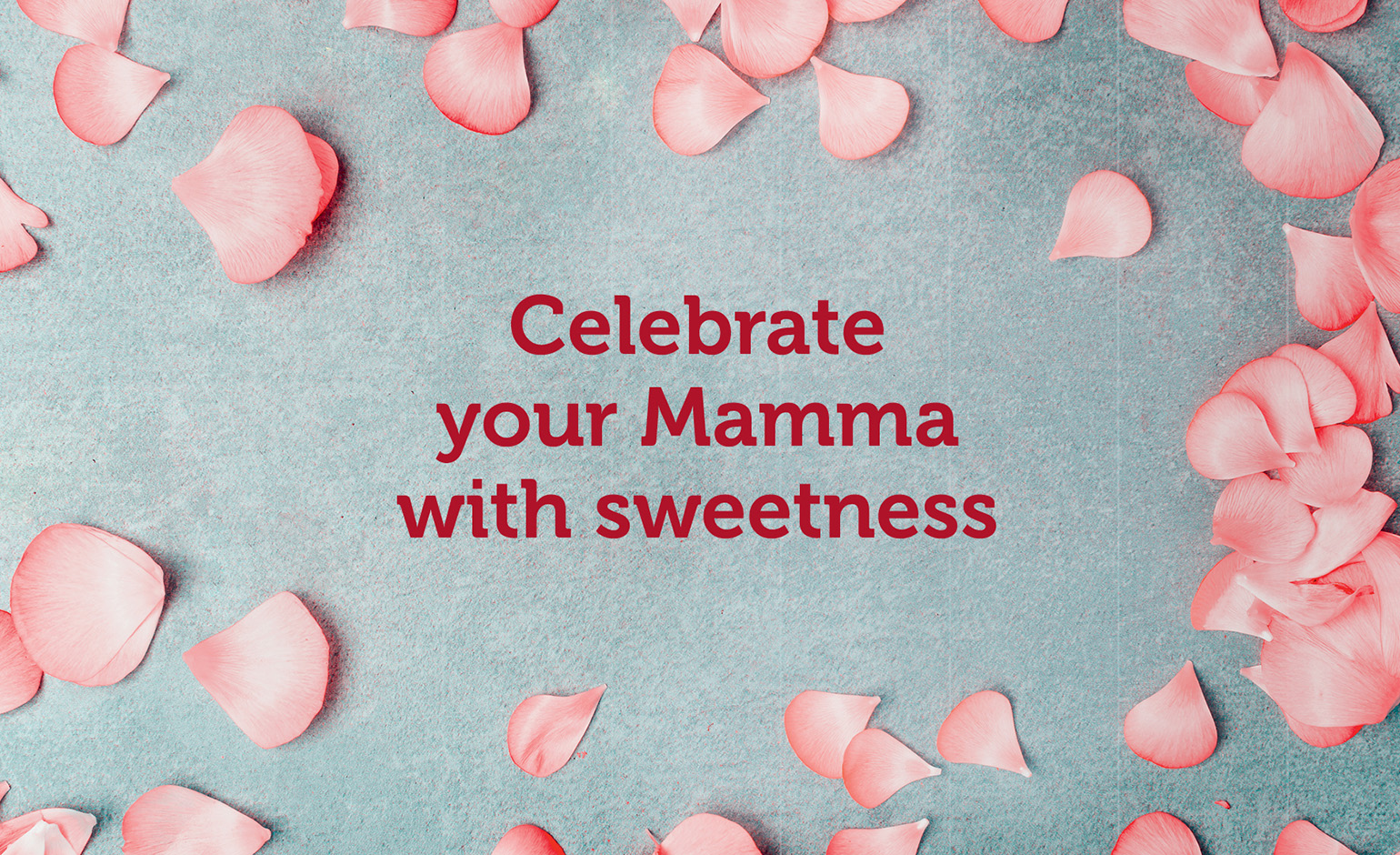 On May 8th and 9th celebrate your Mama at Obicà Flatiron with our special Strawberry Tiramisù paired with MammaMia cocktail.