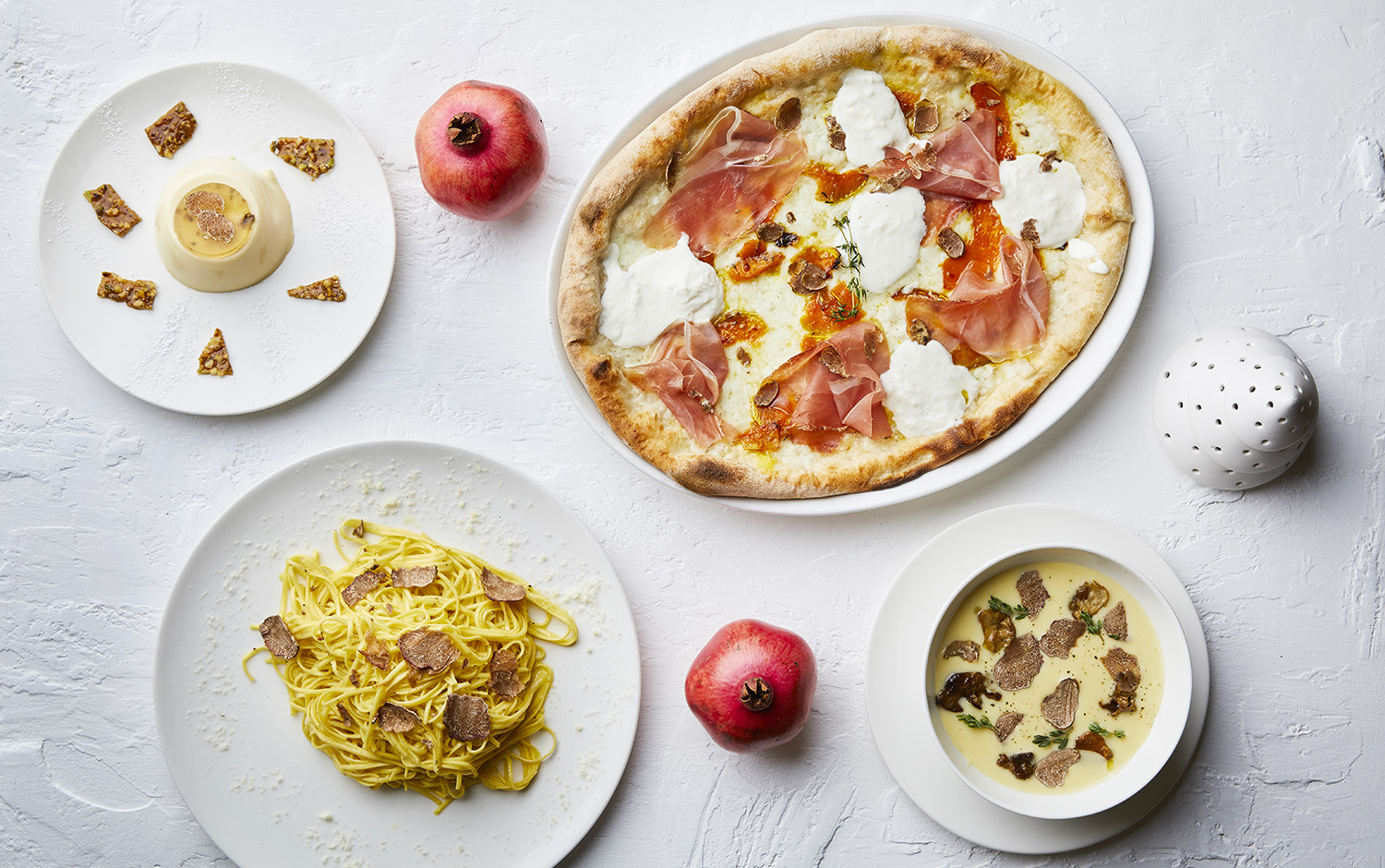 The balconies are full of lights, the decorations are in the houses and in the air you can feel an inebriating scent: so, close the eyes and follow it, it will bring you to Obicà!

Because in December you can enjoy our Holidays Special: the Tartufo Bianco di San Miniato, the White Truffle from San Miniato.

A high quality and unique ingredient, to discover in our special dishes for the Holidays: the Casatica di Bufala Cheese Fondue with White Truffle and Porcini Mushrooms in Olive Oil; the Tagliolini Egg Pasta with White Truffle; the Pizza with Mozzarella di Bufala, Speck from Alto Adige, Baked Pumpkin and White Truffle.

And for a sweet end, the Panna Cotta with White Truffle Honey, Almond and Pistachio Brittle.

Curious to try it?

But first, let’s discover the uniqueness of the White Truffle from San Miniato!

The Food of the Kings

We are in San Miniato, a small village in Tuscany between Pisa and Florence, located on the famous Via Francigena, the ancient street that links Northern Europe to Rome.

Populated by Etruscans and Romans, and later home for Kings and Emperors, as Frederick II of Germany, San Miniato still has an unchanged charm.

Made of picturesque streets and hidden corners, this village has been famous since the Middle Ages for the harvesting of White Truffles.

The Tuber Magnatum Pico, the Food of the Kings, grows on the fertile hills of San Miniato. It’s the most precious variety of truffle, located a few inches under the ground in limited areas with a particular combination of fauna and geological substratum.

The tradition of White Truffle in San Miniato has ancient roots, but it’s just over 100 years that the harvesting activity is organized by the families of the village, the truffle hunters.

Every family with its own traditions.

Every family with its own secrets to hand down from generation to generation.

Every family with the same passion and care that we also put in all of our dishes at Obicà.

It’s a a cold night in October 1954. After hours of unsuccessful hunting, Parigi begins to bark and sniff. Il Bego digs the ground and the night becomes more intense and scented, until he finds the biggest truffle ever found before: a 2,520 grams truffle, then donated to the US President Dwight Eisenhower.

This record of Il Bego and Parigi lasts until today: an unbeatable record for the 400 truffle hunters that every year compete to win the Gold Truffle, the prize for the biggest truffle of the season.

Every November since 1969, the Truffle Fair takes place in the streets and squares in San Miniato: the village becomes a large open-air market, where to taste the precious truffle and other typical products from the San Miniato hills.

San Miniato holds also the record of quality, thank to fertile woods, but also to the careful harvesting in full respect of the environment.

The harvesting must be moderate and selective, because the truffle season is very short: from October to December only.

Despite this rarity, its spread is incredible: you can find it in the best worldwide restaurants.

Its intense but delicate aroma and its unique flavor make it a food excellence, perfect to be paired with the high-quality ingredients that you always enjoy at Obicà.

During the Holidays, come and live this unique experience between taste and smell: BOOK NOW at your favorite Obicà! 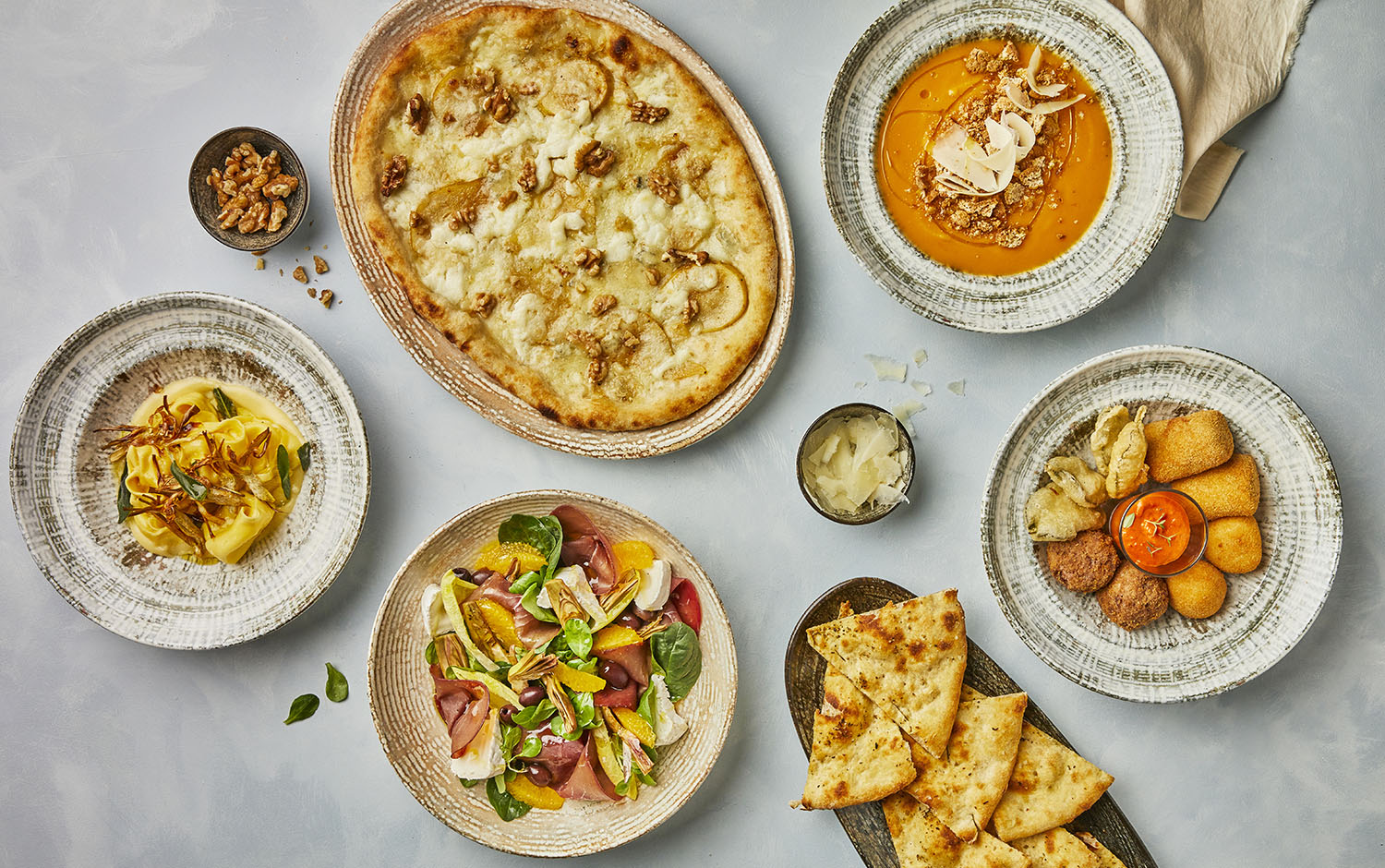 The new Obicà Winter Menu is available from November 11th in Italy, from Monday 15th in London and from Saturday 20th in NYC